Rosa Barocca’s mission is to present Alberta audiences with historically-informed performances of Baroque music using period instruments to capture the spirit, stylistic approach and distinctive sound of that glorious musical era. Newly minted and comprised of musicians from across Canada, the ensemble had its debut in November 2016 with two greatly acclaimed performances of Purcell’s “Hail! Bright Cecilia” in Calgary and Red Deer under their Artistic Director Claude Lapalme.

At the moment, the orchestra does not have its own independent series and performs through co-productions with various choral societies in the province of Alberta. Three such collaborations are planned for 2018-2019; however, he hope to be in a position to add two separate Calgary-based concert for that season - stay tuned! 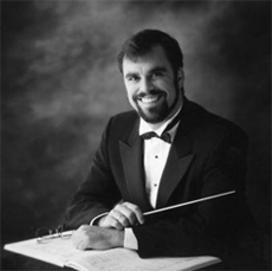 For the past 25 years, conductor Claude Lapalme has been an active figure in Alberta's musical life. On top of his duties as Music Director of the Red Deer Symphony, Maestro Lapalme has been a frequent guest with a variety of Alberta-based ensembles such as the Edmonton Symphony, The Calgary Philharmonic, Land's End Chamber Ensemble, Early Music Voices and many others. An award-winning musician, noted for the freshness of his interpretations and for his warm rapport with audiences, his work has been qualified as "vigorous", "showing great attention to detail" and "a breath of fresh air". Out of province, he has conducted such eminent groups as the Moscow Radio/TV Orchestra, the Winnipeg Symphony and various orchestras in Canada, Eastern Europe and the United States. In 1991, He was a laureate at the Besançon International Competition for Young Conductors.

Trained at the Koninklijk Conservatorium in The Hague, a European hub for Early Music training, Claude Lapalme has maintained a keen interest in historically informed practices throughout his professional life, especially concerning music of the baroque era. Having conducted many performances on period instruments in Alberta, founding Rosa Barocca was the natural continuation of his endeavours in this area.